European policies of the Renzi government have become increasingly difficult to understand, especially from abroad. Twice in less than a week, Italian officials have decided to veto the adoption of new measures in the Council, blocking a decision that appeared to be a done deal. The first time was last Friday when the Italian Minister of Economic Development Carlo Calenda announced to the surprise of most member states that Italy could not accept the proposal by the European Commission and the Slovak presidency of the European Union to strengthen trade defense measures against dumping from foreign countries. 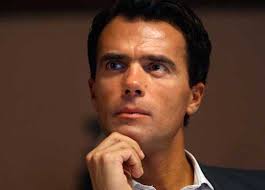 Mr Calenda argued that the decision was not sufficient to protect European markets from unfair foreign competition: “Our interest in protecting our markets is essential”. This week, on Tuesday, the Italian Undersecretary for European Affairs Sandro Gozi decided to veto a mid-term revision of the 2014-2020 EU Multiannual Financial Framework (better known in EU jargon as MFF). “Italy opposes the review of this multi-year budget,” Mr Gozi told reporters. “We think we still need a proposal which gives us many more guarantees on a real increase in resources for our nation. I am thinking of immigration, I am thinking about security, I am thinking about European resources for the young”. In both cases, Italy’s decision has caused disappointment, even bewilderment among partners. Diplomats noted that the Renzi government appeared to be “plus royaliste que le roi”, as the French would say. Curiously, the veto power has been applied to decisions that go in the direction sought by Italy, and were not contrary to Italian interests. In both cases, measures tabled by the European Commission were in line with Italian previous requests.  Many foreign diplomats argue that both decisions by Rome have to do with the opinion that the European Commission is about to publish on Eurozone national budgets. Italy’s draft budgetary plan is in violation of the Stability and Growth Pact, and in the past weeks the EU executive and the Italian government have been arm wrestling over figures and measures. Many officials believe therefore that Rome has vetoed two proposals under discussion as a way to put pressure on the EU Commission and its partners and avoid a rejection of its budget or even requests for further debt-cutting measures. Italian officials respond that they are fighting for a more ambitious approach. Possible, but not fully convincing. Actually the Renzi government is probably playing hardball for domestic reasons, as the country is about to vote in a much-awaited referendum on December 4. Prime Minister Matteo Renzi is trying his best to attract voters from the most radical parties, arguing that he is the best man in town to defend Italian interests in Brussels. In his eyes, there is no better way to reassure voters in Italy. The referendum is about the constitutional reform of the Senate, but it’s also become a political test for Mr Renzi and his policies. At a time when the EU is increasingly unpopular in Italy, a dose of EU bashing appears to be successful. Recently, Mr Renzi removed the EU flag from a press conference, choosing instead to speak in front of a row of Italian flags. According to a recent poll in the newspaper Corriere della Sera, published this week, two-thirds of voters appreciate Mr Renzi’s approach towards EU institutions. At some point, one must expect that Italy will lift its vetoes, one way or another. Meanwhile, the country’s establishment will have to reflect on the harm this approach will inflict not solely on Italy’s image in Brussels, but also on Italian citizens’ view of European integration.

(Pictured above is Sandro Gozi, Italy’s Undersecretary for European Affairs)